Summary of Prospective Surveillance of Cholangiocarcinoma in Unselected Individuals with PSC 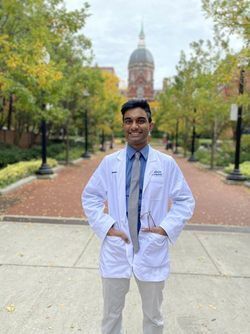 For any person with PSC, cholangiocarcinoma (CCA), or cancer of the bile ducts, is often the most dreaded complication of the disease. Cholangiocarcinoma occurs in higher rates in patients with PSC, with a lifetime prevalence of 6-13%. It is usually diagnosed in the later stages when the cancer has spread to other places in the body, which makes it more difficult to treat. Therefore, the conventional thinking is that, if the diagnosis of cholangiocarcinoma is made earlier, treatment may be more effective as the cancer is more localized.

There is currently limited guidance and evidence on screening for cholangiocarcinoma in patients with PSC. Previously, a couple retrospective studies have indicated some benefit to screening regularly. However, retrospective studies are susceptible to bias since they are done with researchers looking back at both treatment (or surveillance in this case) and outcomes that have already happened. Therefore, it can be hard to separate confounding factors, and the causal relationship between treatment and outcome is harder to establish. Prospective studies in which patients are followed prior to outcomes at the beginning of receiving an established treatment are much more convincing at determining a causal relationship. Therefore, this prospective study by Annika Bergquist’s group in Sweden on surveillance of cholangiocarcinoma in individuals with PSC is important in clarifying how doctors should manage patients with PSC.

Magnetic resonance cholangiopancreatography (MRCP) is an imaging technique used to visualize the bile ducts and diagnose cholangiocarcinoma. The study identified 512 PSC patients in 11 Sweden hospitals and followed them yearly with clinical visits, liver function tests, contrast enhanced MRCPs, and CA 19-9 (a marker that has historically been used for cholangiocarcinoma, but usually is only able to detect advanced cases). If patients were found to have an MRCP with significant changes, then they were referred to getting an endoscopic retrograde cholangiopancreatography (ERCP) to obtain tissue samples from the region and identify if the suspected changes on imaging were cancer. All the patients were followed for five years or until a diagnosis of cholangiocarcinoma, liver transplantation, or death.

Eleven patients (2%) were diagnosed with cholangiocarcinoma in the study. The median survival after diagnosis of cholangiocarcinoma was 13 months. 62% of patients diagnosed with cholangiocarcinoma in the study were eligible for curative intent treatment, but all but one patient had passed away by the five-year follow up. The authors argue that the surveillance strategy of yearly MRCPs and CA 19-9 along with follow-up ERCP if changes to the MRCP were ineffective in altering long-term survival in individuals with PSC. They point out that a small minority of patients who had suspicious findings on their MRCP actually had an underlying cancer. Interestingly, the study was able to identify gallbladder cancer early enough for improved long-term survival, although they argue that this could be done more cost-efficiently with ultrasound. Therefore, the authors conclude that strategies for frequent MRCP screening for more high-risk PSC patients (those with PSC-related symptoms, high-grade strictures, and advanced disease) may be warranted, but they DO NOT recommend yearly MRCP screening for all patients with PSC.

My perspective: The natural tendency, at least for me, is to ask, “How is more surveillance a bad thing? If they catch it earlier then that’s good for me, right?” However, the difficulty with that question is that methods of surveillance that don’t improve outcomes, such as survival, may just lead to unnecessary procedures for patients who would have never needed them in the first case. Any procedure has risks, and if you are receiving treatments, such as liver transplantation, that you did not need, then the increased surveillance may have done more bad than good for you. In fact, in the paper, they mention how nine patients received liver transplantation due to suspicion of pre-cancer, but only two of these patients actually had cholangiocarcinoma.

This study is important as it is the largest prospective study on PSC patients that has measured the effectiveness of yearly MRCPs as a screening tool for cholangiocarcinoma. However, it is important to note the limitations of this study. PSC is already a rare disease by itself, and cholangiocarcinoma is a rare complication of the disease. Therefore, the sample size of cancer patients in the study is small (only 11), making it difficult to reach any definite conclusions. Based on this study, it is clear that better diagnostic and prognostic markers are necessary for surveillance of cholangiocarcinoma in patients with PSC.

I think the biggest implication of this study is that, in patients with no symptoms of PSC or liver disease, it may not be effective to screen for potential cholangiocarcinoma with MRCPs yearly. However, if you do have symptoms of the disease, then screening may be warranted, but this is an individualized choice between physician and patient in which they must consider the benefits and risks to the patient.

About Mahesh Krishna: Mahesh Krishna is a current 3rd year medical student at Johns Hopkins University School of Medicine. He was diagnosed with PSC during high school at the age of 15 and is interested in pursuing a research career on PSC-IBD.