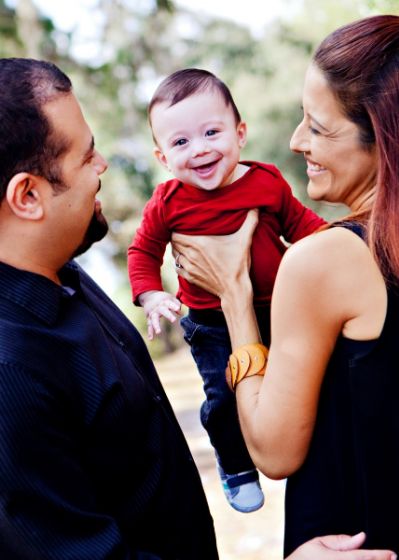 I expected to cry when my son was born. I didn’t cry when they placed him on my chest, when we spoke his name for the first time, or when he cried. Three days later the tears came. They were tears that cleansed years of disappointment, fear, frustrations, and mourning. They were tears that broke open the doors for joy, hope, and love. I cried over a grey cart.

For years as I entered Brigham and Women’s Hospital to see my hepatologist, I passed a line of grey carts. Often there was a woman sitting in the front of a cart. There were bags in the back. Sometimes, there were balloons and stuffed animals. There was always a baby in a car seat. These were the carts that brought the new moms down from the labor and delivery recovery rooms to their cars to take them home. As the possibility of becoming a mother had seemed less and less likely for me, passing these carts was a reminder that the one role I had never questioned that I wanted for myself might not come to be. After two degrees, starting a career, mending a marriage, and now deteriorating health, I had begun to mourn my role as mother. I had made clear to my doctors that I wanted to get pregnant, and wanted their support. But, my PSC symptoms refused to stabilize, and this frustratingly progressive disease kept, well, progressing.

My hepatologist sent me to consult with a high risk obstetrician and set a prerequisite 3-month timeline for stability. Almost a year later, I anxiously counted down the days to reach the 3-month mark when my doctors hesitantly said it was time. It was not great, but the situation was only going to get worse, so if getting pregnant was important to me, then they would support my decision.

Questions about pregnancy often come up, especially among women of a certain age with PSC. Can I get pregnant? Should I have kids? Is it fair to the kids? Is it fair to my partner/spouse? Am I being selfish to want children who will grow up with a sick mom…or worse? Is raising kids something I can handle given my fatigue (itching, pain, appointments, procedures…)? What will pregnancy with PSC be like? Is it safe for me? Is it safe for the baby? Will my doctors be on board? What will happen if there are challenges during pregnancy? Will my symptoms get better or worse? If I need a transplant, is pregnancy still possible? While in many ways these questions are not that different from those all potential parents ask, there is a different orientation when you have a rare disease that forces you to consider your mortality.

Like the frustrating answer to all things PSC, the answers to all these questions vary. The descriptions of PSC online repeat the 10-year mortality statistic and that it’s a disease that mostly affects white, middle-aged men. Not helpful for this Latina woman of child-bearing age. I wasn’t the typical patient, so there had been no effort to collect and publish information that was helpful to me. The only way to get answers was to live it.

I needed to find others who had lived their answers to these questions. My spouse and I signed up to go to the PSC Partners Seeking a Cure patient conference in Denver in April of 2014. I was at a low point. I had made a bucket list and was actively crossing things off. I had cried over the loss of motherhood. I was believing the 10-year mortality timeline and by my calculation I was five years in. In Denver, I met people who turned my outlook inside out. I learned that there is no typical or predictable timeline, progression of symptoms, or treatments.

I met two women who had babies after diagnosis. “My daughter has added to, not taken away from my quality of life.” They did not speak of regret or just the challenges (they barely spoke to challenges at all). I returned to Boston realizing that if I were to start living my life instead of living my death, saying yes to the possibility of motherhood was a part of that.

By the end of the year, we were pregnant. I learned that pregnancy and PSC mirror each other in several ways, especially in that each person’s experience is different and symptoms are often similar. Is the fatigue today pregnancy or PSC related, or both? The bloating? The nausea? 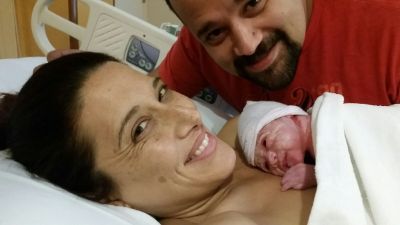 My intense itching, which has been my worst and most consistent PSC symptom, decreased temporarily and I weaned off Rifampin. But it quickly ramped up again, and I went back on Rifampin to keep my sanity. One of the many “risk-benefit” decisions pregnant women with chronic disease find themselves making.  I appreciated resources like the Thomas Hale Infant Risk Center (www.infantrisk.com) where they are committed to studying the effects of medications on the babies of pregnant and lactating women.

In retrospect, my experience of pregnancy was relatively smooth although wrapped in anxiety, a result of my own temperament and very real uncertainties about my ability to carry the pregnancy to term. From the day I found out I was pregnant, I felt joy and dread that it could be over at any moment.

We had our scare at 22 weeks. A spike in my INR and bilirubin instigated some difficult conversations about possible choices and worst case scenarios. We became very versed in fetal development. At how many weeks can he be helped to survive? At how many weeks will he thrive? Vitamin K shots and an ERCP stabilized my situation, and we were spared having to make any really tough decisions. I did learn that hospitals are not necessarily set up for procedures for pregnant women. They are willing but seemingly basic questions like how to position you on the table for an ERCP have to be figured out. 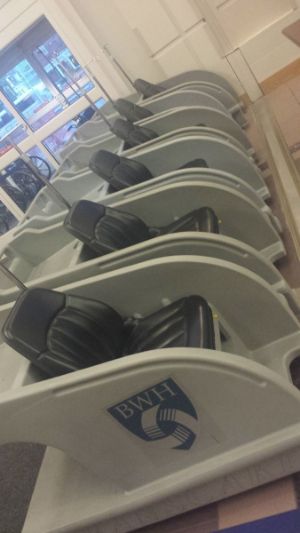 It helped to have a medical team that communicated well and often, and our obstetrician was an amazing addition. She communicated with my liver team and advocated for the best care regardless of pregnancy. Her opinion is that many times doctors, with the best intentions, can be overly cautious when treating pregnant women, which can result in ineffective care.

Very high bile acids numbers had my OB concerned, but we had no record of what my numbers were pre-pregnancy. With every other week, once, then twice-a-week fetal monitoring, we made it to the seventh month. At this point peers who were also pregnant began to speak of the anxiety of being able to care for their babies outside the safety of their womb. I had the opposite feeling. I was anxious for him to be out of my body, which had long ago decided to attack itself. I was not safe from myself, so I had trouble trusting that my son was safe from my own body. Coming in to the hospital for three-times-a-week fetal monitoring didn’t help my anxiety. At eight months baby agreed it was time, and he was born a month early.

The day I was released from the hospital to bring Elio home, I was packing my bag and it hit me: The nurse had just called transport and they were bringing up my grey cart. Tears streamed and would not stop. It was me that would be sitting by the BWH entrance with the bags and the baby waiting to go home and start a new life.

My son is such a joy. He is active and alert. And as babies do, he draws smiles from everyone he encounters. I still have trouble shaking the feelings I had when I was pregnant, that at any moment he could be gone. Having just gone through the transplant evaluation process, I know there is an uncertain journey ahead for me, but I now echo what other women with PSC and children have told me: he increases my will and strength to fight for life and my health.

Mónika Aldarondo was diagnosed with PSC and UC in 2009. She lives with her spouse, Tito, and son, Elio, in California. 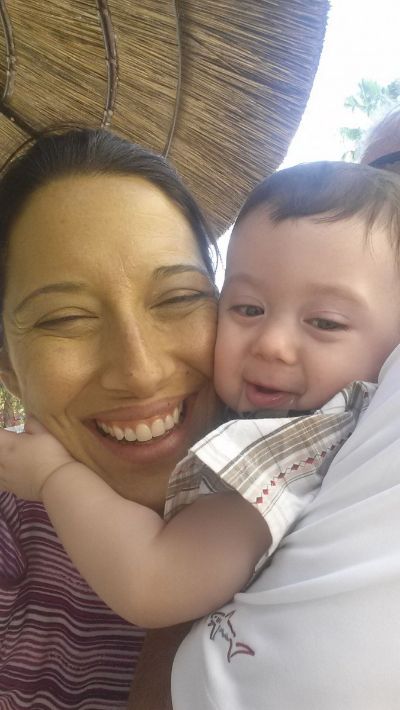