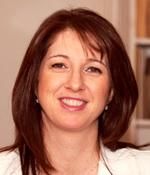 Each year  on the recommendation of the Scientific/Medical Advisory Committee and the Board of Directors, PSC Partners Seeking a Cure chooses the most promising research projects to support. In 2013, Dr. Romina Fiorotto of Yale University received a two-year $60,000 grant to study the possible reasons for the progression of bile duct damage in PSC.  Read the final report from Dr. Fiorotto and her team, including the resulting article that was published in the November 2015 issue of the AASLD Journal of Hepatology.  You can also read the original Lay Summary of her research proposal on our research grants page.

PSC Partners Seeking a Cure thanks and commends Dr. Fiorotto and her team for advancing the frontiers of PSC research.