WRITING: A LIFELINE, BY LAURA BRADBURY 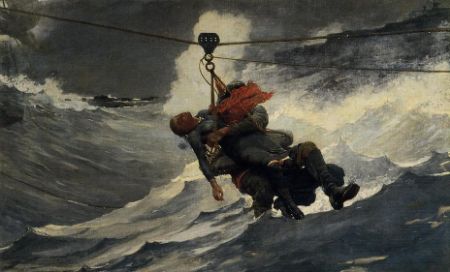 As you may know, two years ago life served me up my mid-life crisis on a platter. It came in the form of a phone call from an insurance company who had just performed medical exams on Franck and I for life and disability insurance.

“Ms. Bradbury?” the woman said. “I’m calling to inform you that your application has been denied by our underwriters.”

“There must be a mistake,” I said. “I’m perfectly healthy.” In fact, the reason Franck and I applied in the first place was because we were feeling so g****mned self-satisfied with our lifestyle since moving back to Canada from France. It included a lot of running, freshly caught fish, and an abundance of kale.

“There’s a problem with your blood test results,” she said. “You’ll have to take it up with your doctor.”

Two months, many sleepless nights, countless blood tests, an ultrasound, an MRI, and a liver biopsy (let me tell you, those are a gas) later my gastroenterologist sat Franck and I down in his office and diagnosed me with PSC, also known as Primary Sclerosing Cholangitis. It was a very rare autoimmune condition, he said. It was poorly understood, he said. It was completely unpredictable, he said. There was currently no treatment or cure except a liver transplant, he said.

What did I do the day after, when I could barely get out of bed due to the weight of the diagnosis that was draped over my body like a lead blanket? I stumbled downstairs, turned on my computer, and I began writing “My Grape Escape.” After writing for a few hours, I picked up a pen and scribbled in capital letters on a post-it note, “F*CK YOU. I’M NOT DEAD YET.” Maybe it was a message to my PSC, maybe it was a message to life…to this day I’m still not entirely certain. Anyway, I stuck the post-it to my computer screen where I could see it and kept writing.

My writing does not stop the progression of the disease – nobody knows what can do that or if it is even possible. It does, though, give me a lifeline on the darkest days.

My writing distracts me and helps me daydream of something other than bile duct cancer and liver transplants. It makes me grateful for the incredible life I have lead so far. It reminds me of lessons life has taught me in the past and that I need to remember now. It allows me escape in my imaginary world. It gives me a way to contribute to PSC research (10% of all of my royalties are donated to PSC Partners for this purpose). It also connects me with the world through my readers and other writers.

Most of all though, it allows me to flip the metaphorical bird at my diagnosis. There is nothing as defiant or life affirming as the act of creation. The words I have written are out there now and only world oblivion can erase them.

Yesterday I met up with a new doctor for my PSC, one who finally seems to be an expert in the subject and who was the first to offer me A Plan. As much as this was a huge relief, he was blunt about the steeplechase I will have to run in order to beat my PSC.

He confirmed that my disease has progressed to the stage where I have a cirrhotic liver (without any of the fun that heavy drinking writers like Bukowski and Hemingway had getting there, which is a complete pisser). He hopes to maybe squeeze “one to three years” out of my current equipment, but a transplant is definitely in my future and sooner rather than later. That is, if I can pass the rigorous testing that ensures I could survive the operation in the first place. That is, if (hold on to your pants here folks, because this almost scares mine off every time, and my underwear too) I can dodge the bullet of bile duct, liver, or gallbladder cancers that PSCers are far more prone to than the general population. I have heard this same information from many other doctors in the past, but the harsh realities of my PSC shatter my soul every time. I walked out of the hepatology clinic dazed anew with terror and wondering how I was ever going to survive the next ten minutes living with this cruel disease, let alone the next ten years.

Yet what did I do first thing this morning when I woke up feeling as though I was trapped in a nightmare I couldn’t escape? I started composing this post in my head and set a goal for how many words of My Grape Village I wanted to edit today. Now, I am at my computer. Writing. Creating. Defying. It’s all I can do but you know what? It’s actually a lot.