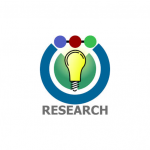 In 2014, PSC Partners awarded a grant to Professor RK Weersma and his team from the University Medical Center in Groningen, Netherlands.  The grant was titled, “Unraveling genetics driving PSC subphenotypes: An IPSCSG study”.  As an extension of the work done for this grant, a paper was recently accepted for publication in Gut, a leading international journal in gastroenterology and hepatology that publishes first class clinical research of the alimentary tract, the liver, biliary tree and pancreas.

The study published in this journal is entitled, “Genetic association analysis identifies variants associated with disease progression in primary sclerosing cholangitis” .  Below is a brief summary of the study as provided by its principal investigator:

PSC is a severe and complex disease. Both environmental factors and genetics are involved in its development and course. Genetic studies have identified sixteen genetic loci on multiple chromosomes that are associated with PSC susceptibility. Little is known about the contribution of genetic to PSC disease progression.

In this study we aimed to find genetic variants associated with PSC progression. For that, we collected standardized phenotypic data describing the disease course and severity of 3,402 PSC patients from the US, Canada and 11 countries in Europe. Next, we combined these data with genetic DNA sequence data of the same patients. By combining these data we found several genetic variants that are indeed associated with PSC severity or progression. The most interesting finding is a genetic variant on chromosome 6 that is associated with transplant-free survival. Depending on the form of this genetic variant, PSC patients have a significantly longer or shorter survival without the need for transplantation. Furthermore, we identified the RSPO3 gene as best candidate gene for this association. Lab experiments demonstrated expression of this gene in key liver-resident effector cells, warranting further research of the role of this gene in the development and progression of PSC necessitating liver transplantation.