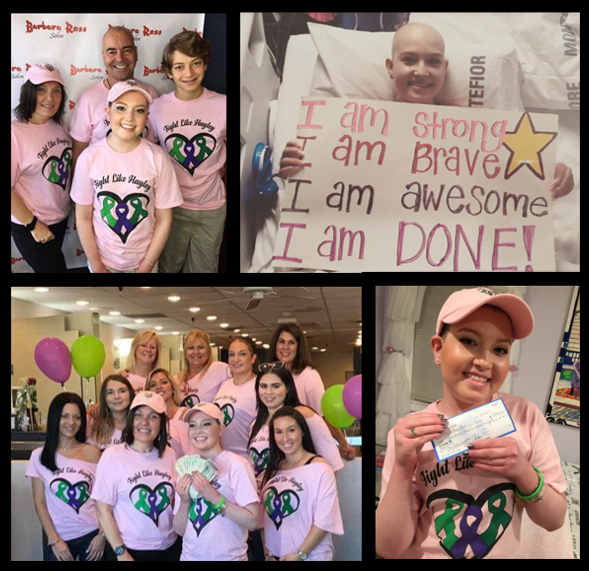 I look at my daughter’s picture, a radiant face, a smile so cheerful that it holds no clue of the horrific battle she is still undergoing with PSC. On her pink cheeks and twinkling eyes there is no sign of the pain, fear, and fight that are gnawing her every day. This is my beautiful hero, in her moment of respite, elevating herself beyond her pain for the cause she believes in.

Our story with PSC is no ordinary story, though no PSC story is ordinary. During her freshman year in high school, my sweet and always positive daughter, Hayley Rose Eno, was diagnosed with PSC and ulcerative colitis. She started her PSC journey with the intense symptoms of final stage PSC. She suffered extreme back pain and vomited blood. Doctors discovered that she had portal hypertension which meant the large veins in her esophagus were under pressure (varices) and were causing the bleeding. She already had cirrhosis! She went on to have numerous “bandings” of the varices over the following eight months, about ten procedures in all, to try to stop the bleeding. Her health continued to deteriorate until she needed to have a full liver transplant in December 2016, a week before Christmas.

Her recovery was dotted with a few episodes of mild rejection. After some time, Hayley finally began to feel better. Unfortunately, this period of wellness did not last long. The intense back pain re-emerged in April and she couldn’t eat without extreme abdominal pain. After a few trips back to the doctor who explained it away as “constipation,” we found ourselves back in the emergency room in the beginning of May. We soon found out she had post-transplant lymphoproliferative disorder, or PTLD, a type of lymphoma, and cancer. She had cancerous lesions on her liver, in her stomach and intestines. She had to undergo six rounds of chemotherapy that began at the end of May and ended in August. Doctors say her scans are now “clean.” They are still closely monitoring her and working to find the right levels of immunosuppression for her.

Hayley dreamed of holding a fundraiser to help in part with our expenses and to help others affected with PSC. I had discovered PSC Partners Seeking a Cure through Facebook shortly after her PSC diagnosis. I had found everyone in this community extremely helpful and understanding of the huge problems we faced with PSC. That is what motivated and inspired Hayley to take action. Over this past summer, the hair salon Hayley went to since she was a little girl, Barbara Ross Hairstylists, offered to hold a fundraiser for her on September 24th. This was precisely the positive outlet she needed. She designed shirts, hats and rubber bracelets with the logo, “Fight Like Hayley.” Barbara, the owner of the salon, donated the day’s proceeds for haircuts, blowouts and hair extensions to Hayley. There were also many baskets that the staff and some friends had put together to raffle off. A make-up artist was waiting for her when she walked into the hair salon that morning. The results are clear in her pictures. She looked so beautiful and happy! At the end of the day, she and her friends at the hair salon had raised $1,390 for PSC Partners Seeking a Cure’s research program! That’s my Hayley: She rose above her pain to help all PSCers.

If you have any thoughts to share with Stacey and Hayley, please feel free to do so in the comment section below.