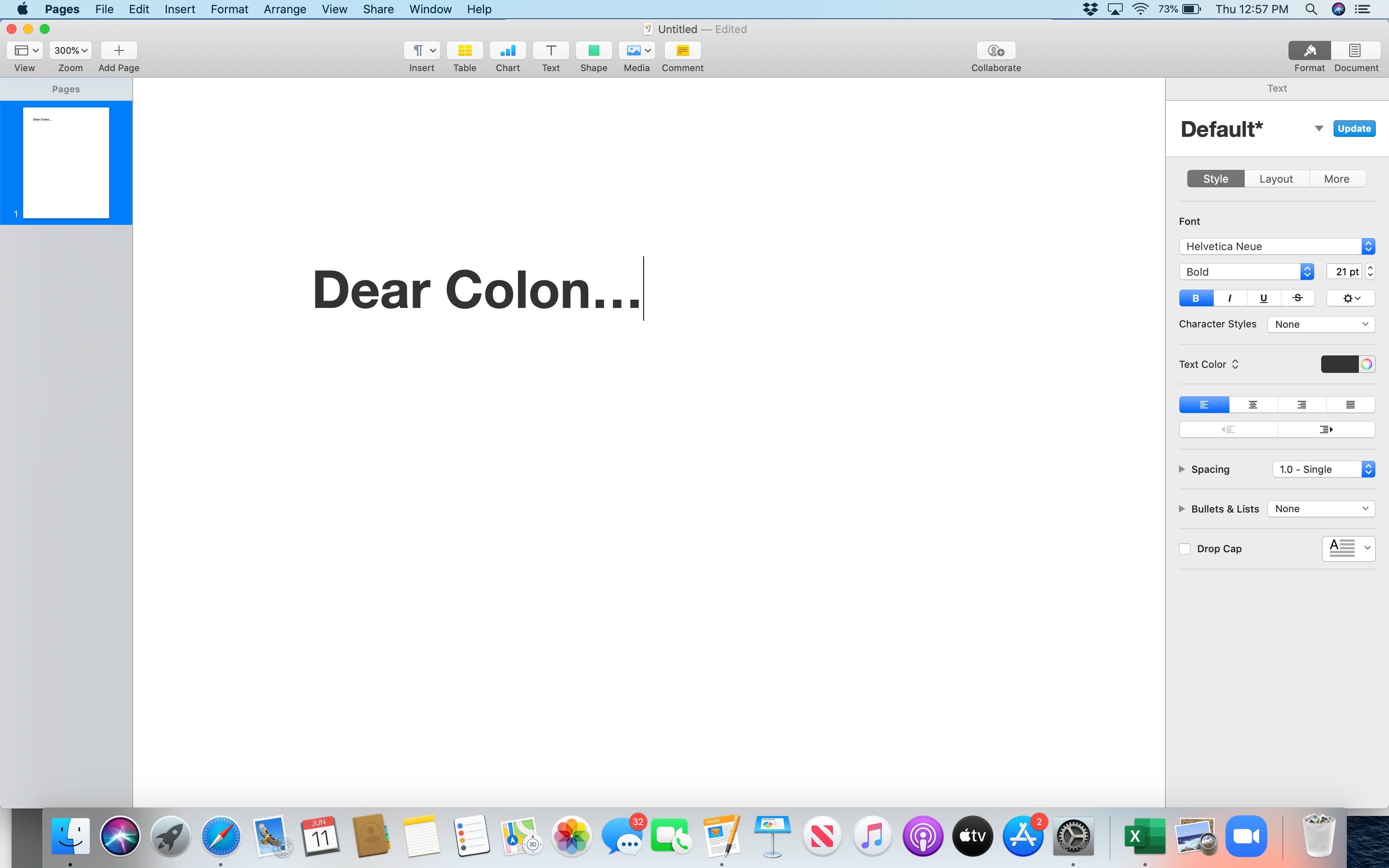 On Monday, June 24, I’m scheduled to have my entire colon removed. While the official reason is because pre-cancerous growths were discovered (complications of Crohn’s disease), and any potential for cancer can affect my placement on the liver transplant list (yes, I need a liver transplant as well), the truth is, we’ve come to a point in our relationship where there are too many irreconcilable differences. I wasn’t sure how to break the news to my colon, so I chose the tried-and-true method of delivering the message — the Dear John letter.

Dear Colon,
We’ve known one another for a long time — almost 37 years at this point. For most of that time, we managed to get along astonishingly well, given some of the challenges we faced since you developed Crohn’s disease in 1999. However, the good times are all behind us, and have been for several years. And because that’s not going to change, I think it’s time we go our separate ways.

I know it’s possible I could have treated you with more care over the years, but I think I made more of an effort than most Westerners. More important, though, is that overall I’d say you’ve caused me far more pain than I’ve caused you. Even before the problems began, I ate far less Taco Bell than the average American. In fact, I spent a good number of years trying to make my diet as healthful as possible. When’s the last time McDonald’s was part of my regular diet? Remember all those backyard barbecues, all those prime rib dinners? Neither do I; they never happened — because I loved you.

I wish I had the tenacity to endure one of those all-natural diets that supposedly cure Crohn’s, but by the time I got around to giving it a try, it was too late. And yes, I did give it a try. I threw out all my breads and bought nut flour. I had to make everything from scratch, which wasn’t easy for someone whose idea of cooking started and ended with the microwave. I stayed up all night making that special probiotic yogurt, checking on it every hour to make sure the temperature was just right. This was supposed to be the best thing for you, and how did you react? You pitched a fit. Thankfully, we weren’t in public, but I still didn’t appreciate it.

Another testament to my love for you: that huge bottle of water I carried around everywhere I went, even onstage with my band while an audience full of beer-drinkers made fun of me for being a non-alcoholic wuss. I took it on the chin because I knew staying hydrated was important to you. My reputation never fully recovered.

Or how about the time I learned that ibuprofen is bad for people with Crohn’s disease? Most over-the-counter acetaminophen products make me feel queasy, so Advil was my go-to pain reliever. But because of you, I had to give it up. I’ve been in a lot of pain recently, but because of you I’ve had to just deal with it.

Now, obviously this isn’t a fidelity issue. Unlike my liver, which I plan to replace soon, you’re the only colon I’ll ever have. I mean, I guess you could look at the small intestine as your replacement, but it’s not the same. I will never consider it my new colon. It’ll be more like a semicolon.

Anyway, it’s time I move on. I’m sorry to leave you behind, but I’m sure the doctors in Miami will be very gentle. I know you were a bit close with my liver, so I’ll see what can be done about reuniting you two after the transplant. I’m sure you’ll both have a lot to talk about.