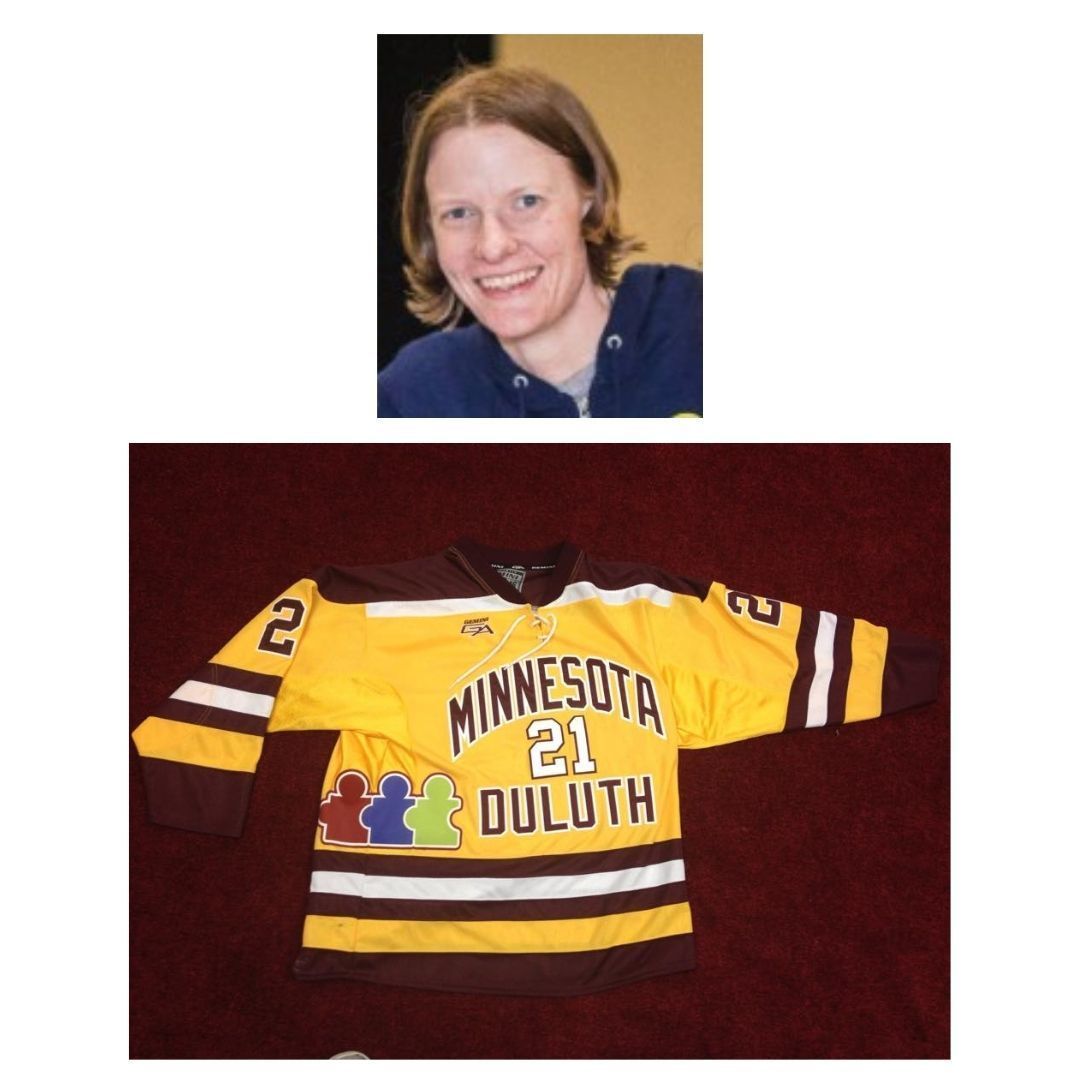 Six years ago, I ran an awareness event through the University of Minnesota Duluth Women’s Hockey Team for organ donation and PSC Awareness. I was hoping to raise some funds for PSC Partners for research while also spreading awareness in a community that might not be aware of the rare liver disease I had. As the team’s Equipment Manager and Strength Coach, I was going to sew PSC Awareness patches on everyone’s jersey myself. Unfortunately, I literally was having fevers all week, and finally had to call in the local sportswear company that sewed on numbers and nameplates. They sewed patches of the PSC Partners logo on our jerseys in just two and a half hours! (My mom helped me rip them off on Saturday after the game.)

I had been sick that whole week, running fevers in the 101-103 range. I had learned to gauge my fevers after seven years of dealing with PSC. I figured I would have to go in to the doctor after the weekend, but I wanted so badly to be at this awareness event that I had worked hard to organize. Thankfully, my coworkers pulled through to take care of my work that week, so I could muster enough energy to be on the bench that Friday. It was a wonderful event, and I was so proud to see the patches on the jerseys. (Eventually, the funds raised totaled over $4,000.)

I organized that event knowing I would likely need a transplant in a few years. I wanted to raise awareness and funds for better PSC treatments, and advocate for my friends also dealing with this awful disease. I never could have imagined that, just eight days later, I would have liver transplant surgery after the worst five days of my life due to a second rare liver disease called Budd-Chiari Syndrome. This disease clotted the veins in my liver which stopped the blood flow and sent my body spiraling downward. I was incredibly fortunate, those words do not truly cover it, to be listed and transplanted within 72 hours. There is little doubt I would not have survived if not for this timing and for the life-saving decision my donor had chosen to make at some point.

I’m so happy to be here still with this wonderful PSC patient and caregiver community. (No one really wants to have PSC, but I, to this day, tell a lot of people that I felt so lucky to have a disease with this dedicated special support group.) You really do light up my days in many ways and have really been there every step of the way to lift me up. Thank you to each and every one of you. We will find those treatments and a cure. “Together in the Fight, Whatever it Takes!”