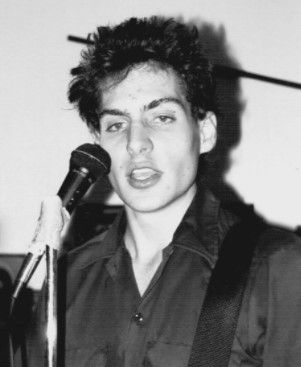 (Note: I wrote this before my colectomy, which I underwent. I wrote this before I had any idea of how difficult my post-op recovery in the hospital would be. I can’t stress enough how much pain I went through, and how difficult it was to do everything the nurses and doctors wanted me to do, given my condition. [In a nutshell: they didn’t know enough, and I paid for it with 11 days of agony.] Anyway, during my bleakest moments, I thought of my “Idiot’s Guide” and realized it wasn’t any help for that situation. So I will just note that it’s a guide for everyday life, not for when you’re in the hospital.)

It’s no coincidence why the word “patient” has two meanings. Just ask anyone with a chronic illness: It takes long-term patience to be a long-term patient. Besides the frustration of having an illness without a readymade cure, there’s all the other stuff you have to deal with: hurdles (financial), hassles (doctor’s office, hospital, pharmacy), headaches (insurance) and hardships (physical and mental). Welcome to the “Four H Club.”

I’ve learned a lot about being a “patient patient” over the past 14 years. In 1999 I was diagnosed with two chronic illnesses: primary sclerosing cholangitis (PSC), an autoimmune disease of the bile ducts that may lead to liver failure, and the gastrointestinal hell known as Crohn’s disease. Both conditions have put me on track for surgery, with a liver transplant and colectomy currently on my medical to-do list.

As a long-term patient (a “lifer,” as it were), I’ve learned how to make daily existence less about coping and more about living — the way things should be. Even though my Four H Club membership is for life, it’s not all my life is about. So for anyone new to the club, I offer my “Idiot’s Guide to Chronic Illness”:

• That Thing You Do — Figure out which leisurely pursuits you can still do and do the hell out of them. For me, it’s writing and playing guitar, two activities that are fun and keep me creatively stimulated. So while my body might be suffering from lack of exercise, I’m actively fighting the mental atrophy that comes with a sedentary lifestyle.

• The Great Escape — Speaking of mental atrophy, I must confess to watching a whole lot of Netflix since I’ve been socially sidelined. Of course, I read a lot, too, though I’m finding my attention span is falling victim to what I call the “Twitternet.” Either way, the important thing is that I’ve found a way to immerse myself in the world of fiction, where my problems don’t exist. It’s a useful distraction and helps pass the hours on days when I just can’t do anything productive.

• Tune It Out — You know the saying, “out of sight, out of mind”? Mine’s “out of control, out of mind.” If you can’t do anything about it, then don’t, and that includes worrying about it. For my situation, there are several worst-case future scenarios I’m aware of, both physically and financially. For instance, I’ve heard of people who develop PSC and end up getting a liver transplant — and then getting it again, requiring a second transplant. And I don’t think I need to explain the hole in my bank account a poorly timed transplant would create. Right now, I have a full-time job and supportive family members, but neither will be around forever. All I can do is make the necessary preparations for the future and stay focused on the present. And for when that’s not enough, I’ll consult that Bobby McFerrin song for reinforcement.

• At Least You’re Not That Guy — Sometimes when I feel bad for myself, I log on to one of several message boards I frequent and talk to people with Crohn’s or PSC who’ve had multiple surgeries and are still suffering, with no end in sight. It reminds me that there are people with far worse medical problems, and they’re still managing to get by. Not only does it make me feel better about my own situation, but it shows me that I can get through this. Yeah, it borders on schadenfreude, but I know that normally I’m on the other side of the equation.

• Speaking of Online Forums — Regarding message boards for people with illnesses, a thought just occurred to me: Um, what about their primary purpose? Those forums exist to help people feel less alienated, and there’s no better way to learn about a specific disease or condition than to ask someone who has it. Although nothing trumps doctor’s orders (because only your doctor has an intimate understanding of your particular situation), there are definite advantages to chatting with others in a similar situation. If nothing else, it’ll help you gain perspective. After learning that my colon had to be removed, I found a whole group of people who either have already gone through it or were about to. I had a ton of questions about life after the procedure, none of which a doctor could sufficiently answer. And, again, after reading about how much worse off some of the forum posters are, I thanked whatever lucky stars I may still have.

• Treat Yourself — Unless you’re fortunate enough to not worry about money, your medical bills probably eroded any sort of entertainment budget. Shiny new toys are things other people have. For us, a shiny new toy is an IV pump or glucometer. Screw that! While I don’t recommend splurging on a new home entertainment system, there are plenty of affordable things to satisfy your consumer cravings. Even something as simple as a magazine subscription can make you feel good. It’ll keep you entertained and informed (well, assuming it’s not total trash), and you’ll have something to look forward to every month.

• Sanity for Sanity’s Sake — Above all else, understand that attitude is key to improving your health. I really believe that disease feeds on weakness and victimhood, and wallowing in self-pity only makes things worse. Does that mean I expect positive thinking will cure disease? Well, if that were the case, I’d be spending my Friday nights out on the town, not at home hooked up to an IV bag. Nope. I see it as more of a self-fulfilling prophecy than mind over matter. You might not be able to will yourself to wellness, but you’ll never climb out of the hole so long as you’re holding the shovel. Ultimately, there’s only one way to deal with chronic illness, and that’s to face it head-on.