PSC can affect people from any race, gender, or age. 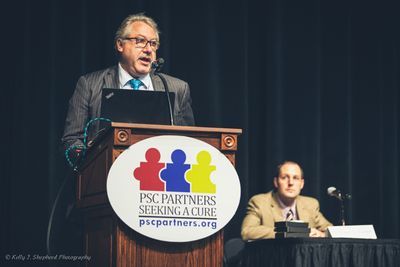 Primary Sclerosing Cholangitis (PSC) is a rare liver disease that damages the bile ducts inside and outside the liver. With PSC, bile ducts become inflamed, and the inflammation leads to scarring and narrowing of the affected ducts. Eventually, blockages may occur. As the scarring blocks more and more ducts, bile becomes trapped in the liver. This damages the liver and can result in fibrosis and cirrhosis of the liver and liver failure. Patients may eventually require a liver transplant.

Your Liver and Why It's Important

The liver is the largest internal organ in the body and has more than 500 vital functions to help keep your body healthy, including: 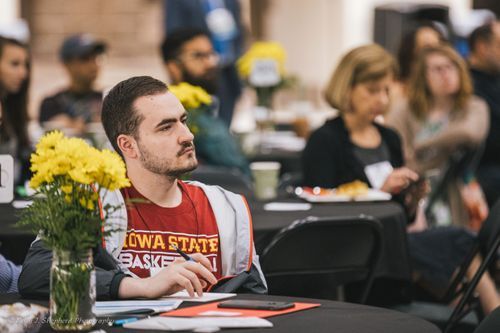 Primary Sclerosing Cholangitis (PSC) does not discriminate based on age, race, or gender.

PSC is a rare disease. It can take time to receive a PSC diagnosis, but, thanks to an increase in knowledge about this rare disease, that is changing. As you likely know, in the beginning, PSC symptoms can be minor or completely absent. Oftentimes, a blood test indicating a liver enzyme issue is the first sign that something is wrong.

Elevated ALP and GGT usually indicate an injury to the bile ducts and are almost always elevated in PSC. The ALT and AST may also be elevated in PSC. The diagnosis of PSC requires an image of the bile ducts called a cholangiogram. This is usually done by a special MRI called an MRCP (magnetic cholangiopancreatography). Sometimes, a procedure called ERCP (endoscopic retrograde cholangiopancreatography) is performed instead. Rarely, a liver biopsy is also needed for diagnosis. Additional blood tests may be performed to exclude other diseases, which can look like, or mimic, PSC. 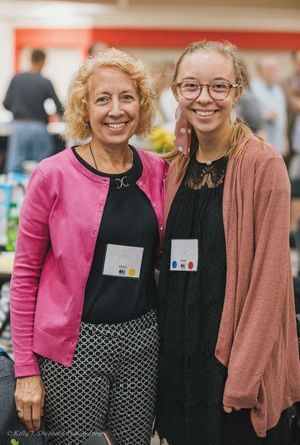 Although many PSC patients report few, if any, symptoms, some experience the following:

Signs that PSC has progressed to cirrhosis, evidence that liver transplantation may be indicated, include:

Although the average time from diagnosis to liver transplantation is 15-20 years, some patients need transplants sooner, and some never need a transplant.

At this time, there are no FDA-approved medications for the treatment and cure of PSC, but there are medications and procedures that help relieve some PSC symptoms.

There are an increasing number of ongoing PSC clinical trials. PSC Partners encourages everyone to research and discuss all potential medications and treatments, including participation in clinical trials, with their healthcare professionals.

PSC Partners supports research to discover causes, treatments, and a cure for PSC. Click here to learn more about current and past research studies. 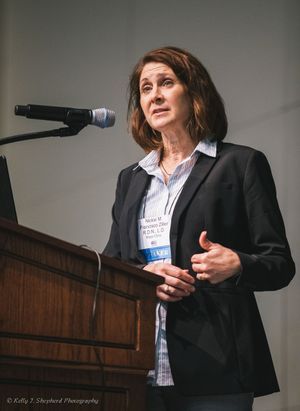 In the later stages of PSC, symptoms can include: 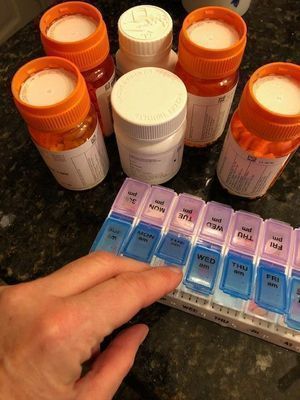 Cholestyramine is used to treat high cholesterol and also has been proven effective in combating pruritus (itching) due to bile blockages. Cholestyramine is not absorbed in the bloodstream; it remains inside the gut until excretion. Cholestyramine and urso should not be taken at the same time. The general recommendation is to stagger doses of the two medications at least four hours apart.

Rifampin is an antibiotic mostly used for the treatment of tuberculosis. However, because it activates receptors in the gut and liver, it has also been shown to help relieve pruritus (itching). Rifampin may cause changes in other medications you are taking and alter the way the medicines react in your system. Make sure your doctor is aware of all other medications you are taking, along with Rifampin, in order to avoid any possible conflicts.

For information on Vancomycin and PSC, check out:

Thousands of people with PSC live active and full lives. There are proactive steps you can take to prepare for your future, receive the support you need, and ensure you stay up to date on the progress toward treatments and a cure:

Get Educated: We know it can be overwhelming, but education is power, and we're here to help. Check out these resources to get your started:

Join Registry: Join the PSC Partners Patient Registry. The registry stores information about those affected by PSC. This information helps researchers and clinicians unlock the mystery of PSC as they search for treatments and a cure.